Morris cars take their name from William Richard Morris, born in Worcester in 1877. Aged fourteen, he started work in the cycle trade, starting in business in Oxford, initially as a cycle repairer, but later running a car hire business.  In 1910, with premises in Longwall, Oxford, he set about designing and building a car. In 1912, W.R.M. Motors Ltd was formed and in the following year, his first car, the two seater Morris Oxford Light Car, powered by an 8.9 hp engine, was on sale.

Morris adopted a supply chain model for production, using a range of component manufacturers. Hence the Morris Oxford was built up of bought-in components, with different suppliers providing the body, chassis and axles, as well as wheels, engines, clutches and gearboxes. The famous Bullnose radiator was also bought in. 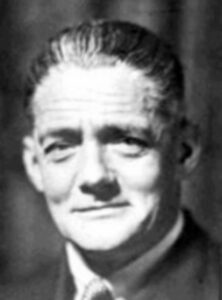 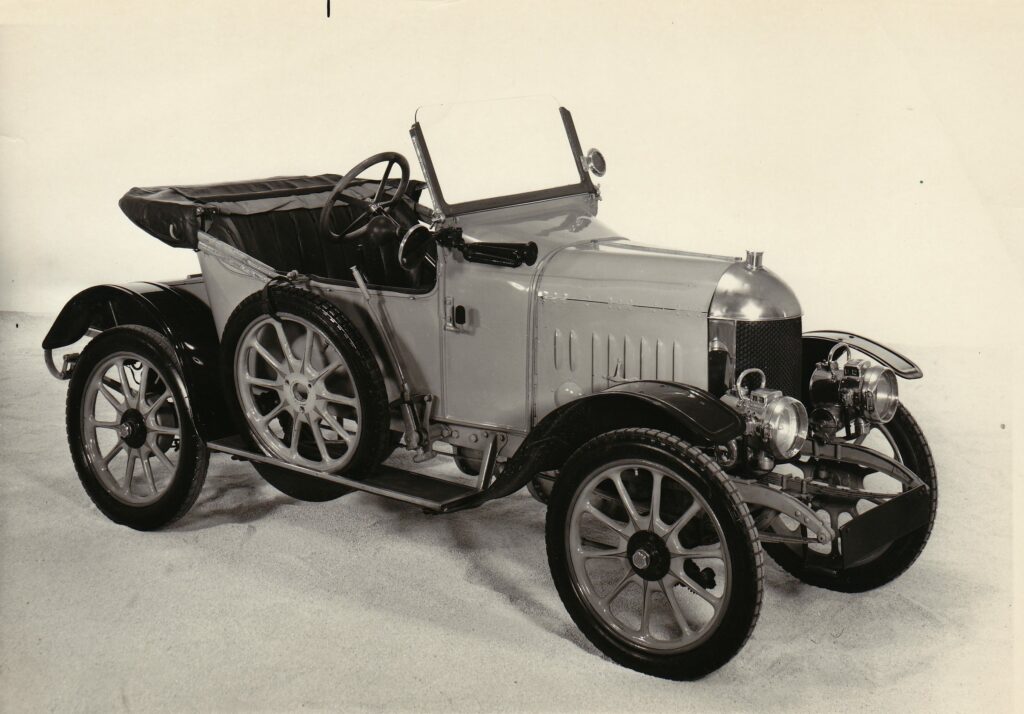 An initial order for four hundred cars from Stewart and Ardern motor vehicle distributors accelerated the need for bigger premises, so the assembly plant was relocated to Cowley, where, in the following decades, millions of Morris cars were destined to be produced.

The First World War saw a switch to munitions production, but despite this, the Morris Cowley was introduced in 1915. The company name change to Morris Motors Ltd in 1919 and undeterred by declining sales caused by a post-war recession, Morris took the unprecedented step of reducing the price of his cars. Remarkably, sales increased, and Morris was able to acquire the companies which had been his suppliers. Hence Morris Bodies, Morris Radiators, Morris Engines and Morris Commercial Cars came into being, with SU Carburettors and Wolseley Motors added in later years.

The Pressed Steel Company was formed in Cowley after a visit by William Morris to the USA to study steel body production, although the Morris Oxford and Cowley models continued to be produced until, in 1927, the “Flatnose” Morris Oxford was introduced.  Attention was increasingly turning to the development of smaller cars, and the acquisition of Wolseley Motors in allowed Morris to enter the 8HP class with the Morris Minor in 1929. The 1929 slump and the early 1930’s depression severely affected sales of larger cars and Morris responded by introducing the £100 car, a Morris Minor fitted with a side-valve engine to reduce costs. The car was advertised as a £100 car capable of 100 mph and 100 mpg.  The latter feats were achieved in two staged events, respectively at Brooklands in a supercharged model and during a controlled economy run. 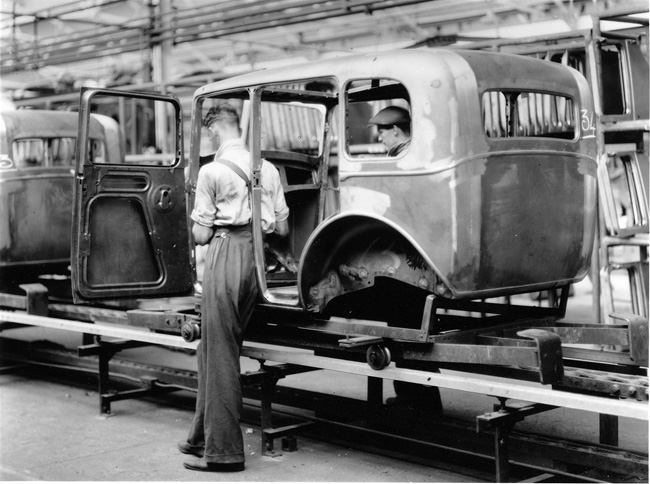 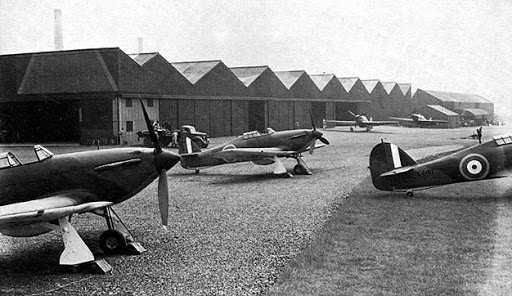 Throughout the 1930s Morris introduced a large number of other models in the 8, 10,12,14,16, 18 and 25 HP sectors. The introduction of the Morris Eight in 1934 (for 1935 model year) further consolidated Morris in the small car market, and mono-construction began with the Morris 10M. In 1939 sales of Morris cars reached one million but the Second World War saw the factory again switching to the war effort, repairing thousands of damaged aircraft for return to the air.

After the war work began on developing a new range of small, intermediate and large Morris cars, with, in 1948, the Issigonis designed Minor MM and Oxford MO models introducing independent front suspension, torsion bar springing and more modern body styling. The Nuffield Organisation grew to include Morris, Wolseley, Riley, MG Cars and Morris Commercial until Morris Motors and the Austin Motor Company merged to form the British Motor Corporation in 1952. BMC was then the largest manufacturer of cars and commercial vehicles in Britain and the fourth largest in the world, with large scale overseas BMC plants continuing to assemble CKD (completely knocked down) kits into complete cars. 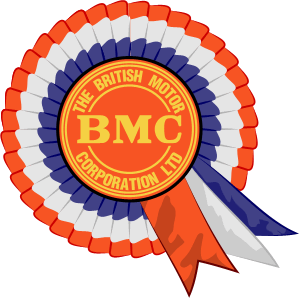 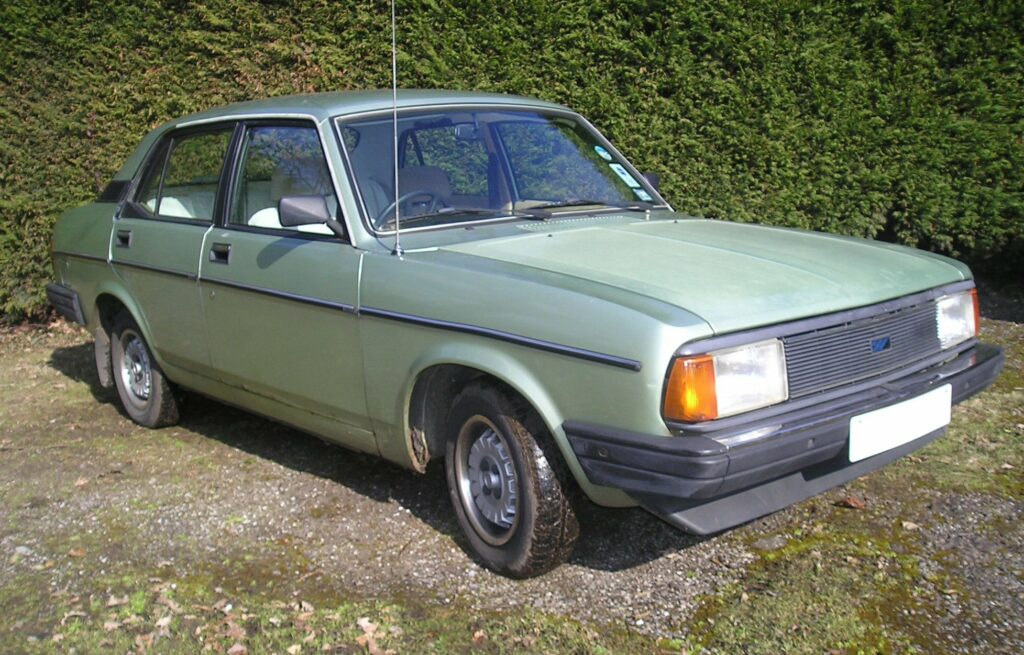 In 1968 BMC merged with the Leyland Motor Company to form British Leyland. Although Austin-Morris retained its identity within the group, Riley and Wolseley were soon to disappear. During the British Leyland era, badge engineering (the practice of marketing essentially the same car under different names) continued, although the Morris Marina (1971 to 1980) and Ital (1980 to 1984) were exceptions, retaining their exclusive Morris identity. Austin Metros, introduced in 1981, were briefly marketed as Morris Metros.

The use of the Morris name finally came to an end in 1985, although the Morris trademark is currently owned by China-based SAIC.  SAIC is the parent company of the new MG Motor brand in the UK.